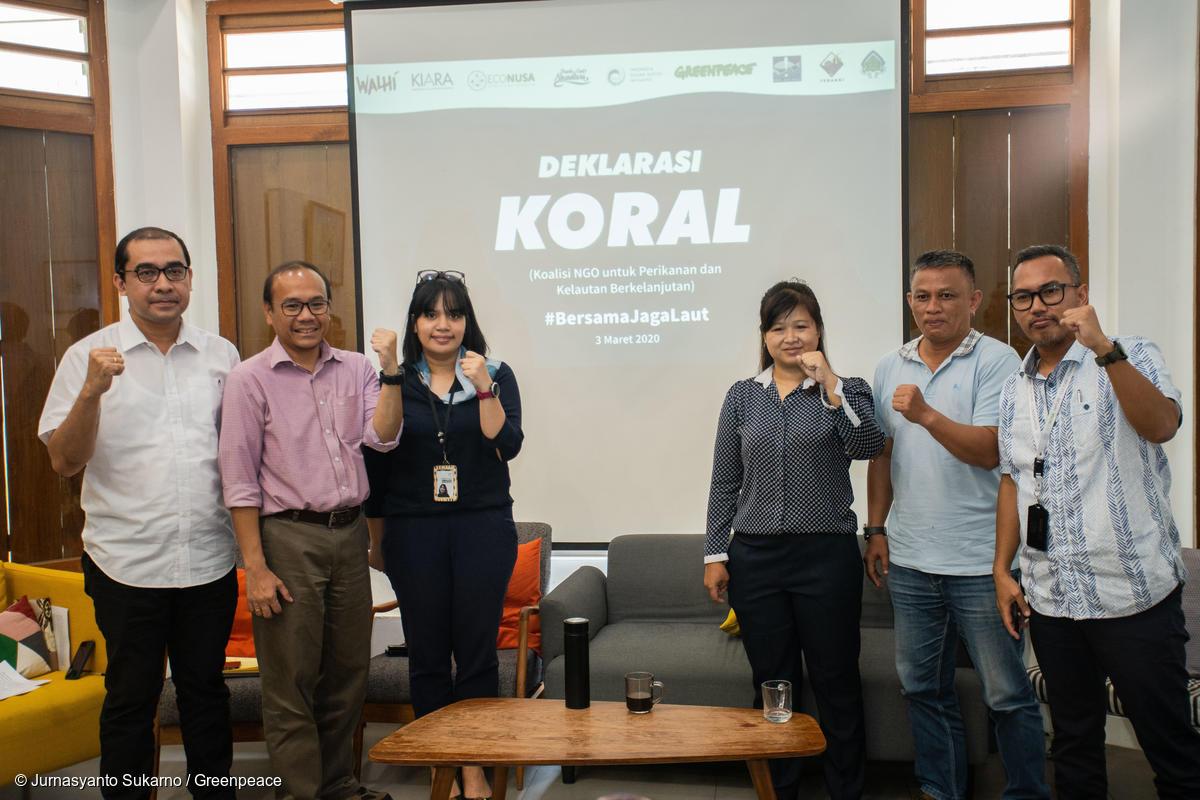 The direction of Indonesia’s marine and fisheries policies that formulated and implemented by the Government of Joko Widodo (Jokowi) in his 2019-2024 presidency could potentially raising ecology crisis (including damage of marine ecosystem) and social injustice. This is reflected on the omitted vision of Indonesia as Global Maritime Axis on this second period. The direction of current government’s policies has the potential to deprive life space and livelihoods of traditional fishermen, small fishermen, and coastal communities in Indonesia. The draft of omnibus bill hints at acceleration of investment while ignoring the ecosystem’s carrying capacity and the concerns of marginalized communities in marine and fisheries sector.

Thus KORAL, a coalition consists of 9 civil society organizations, was established to remind the stakeholders in marine and fisheries sector to prioritize sustainability values and implement the principles of participatory democracy.

On Tuesday, 3rd March 2020, KORAL declared its establishment. In the event, IOJI highlights 3 matters in marine and fisheries sector in the omnibus bill on job creation, as delivered by Fadilla Octaviani, Director of enforcement support and stakeholder partnerships. First, the disappearance of the National Committee on Fish Stock Assessment (Komnas Kajiskan) in the draft of omnibus bill (it may impact on fisheries management that no longer be based on best scientific evidence on fish stock); second, the replacement of SIUP, SIPI, and SIKPI into business license; and third, foreign fishing vessels are still given the opportunity to fish at Indonesia’s Fisheries Management Areas (WPPRI). These three issues indicate that omnibus bill on job creation does not pay attention to good fisheries governance and ignoring principles of sustainable development.

In the future, KORAL will conduct discussions and studies, producing policy recommendations for the government regarding marine and fisheries issues to achieve sustainable ocean and fisheries governance.